Joanna at the 2020 International Symposium on Chemical Biology in Geneva 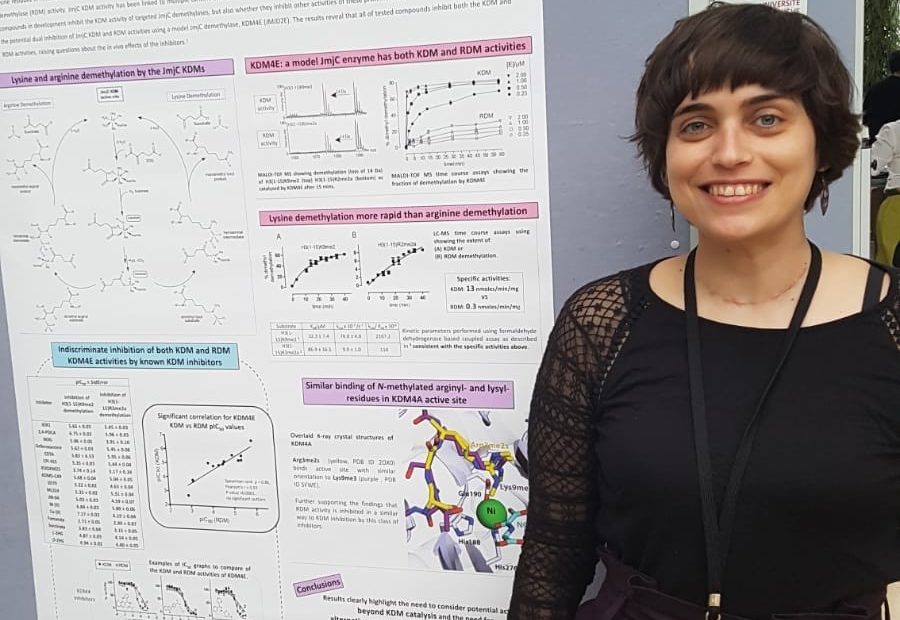 I was delighted to attend the 2020 International Symposium on Chemical Biology in Geneva from 22–24 January and to represent the Kawamura and Schofield groups. With over 200 researchers in attendance, including 15 international leaders in science from all over the world, the conference was an outstanding success. It was exciting to be among such a varied group of scientists, all working under the ever-growing umbrella of chemical biology. The talks, presentations and lively discussions covered a wide variety of interesting topics such as biosynthesis and genetic code expansion. These have broadened my perspective and made me even more excited about being a chemical biologist. It was an honour to attend talks by pioneers in the field, such as Laura Kiessling on the human–microbe interface, and by leading enzymologist, Dorothee Kern on the importance of allosteric sites as drug targets. It was also a great pleasure to attend a conference in which 50% of the talks were by female PIs. I really appreciate the opportunity I was afforded to present my poster, ‘Inhibitors of both the N-methyl lysyl- and arginyl- demethylase activities of the JmjC oxygenases’, which was well received and generated a great deal of interest. I received plenty of useful feedback, in particular, for pinpointing possibilities for further development and direction.